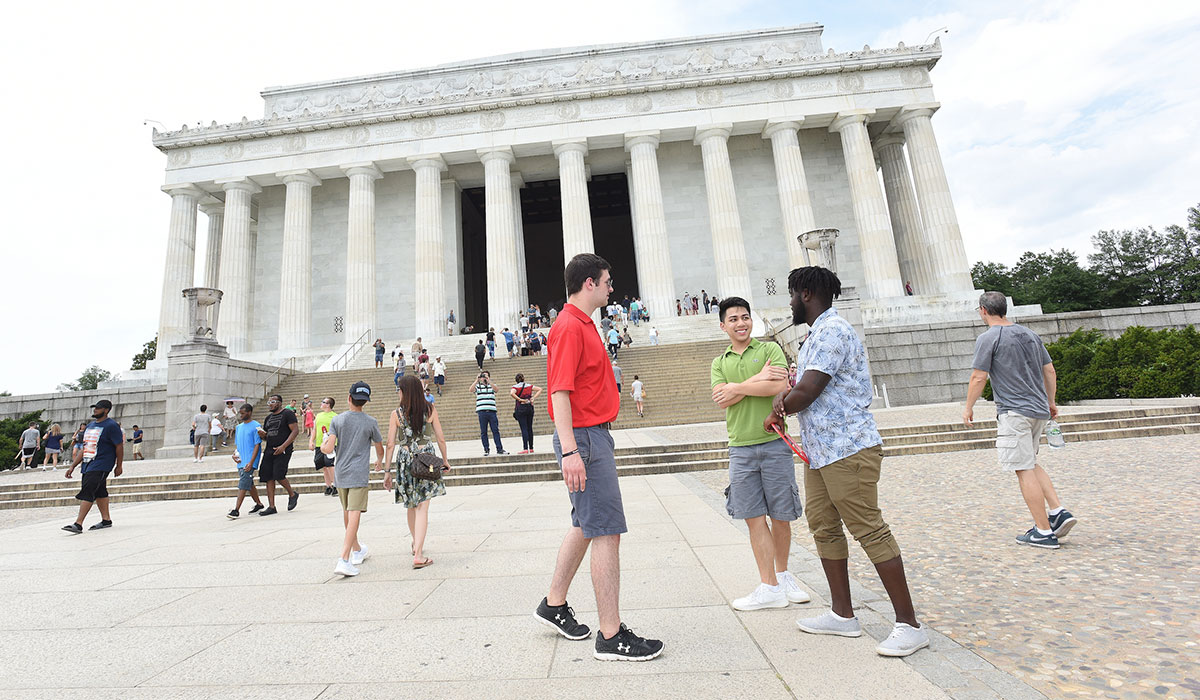 Pursuing a degree in English at Catholic University provides a unique opportunity to study literature in the nation’s capital, a vibrant city for literature and the arts. As part of a class, you might walk the same streets that Walt Whitman did during the Civil War, catch a performance of Hamlet at the Shakespeare Theatre Company, or take the Metro to hear Marilynne Robinson read from her latest book.

Our location in Washington, D.C. is ideal for any student of literature who wants to be fully immersed not only in literary history, but also in what is currently being discussed in the worlds of literature, theater, and the arts. The Library of Congress and Folger Shakespeare Library are just a quick Metro ride from campus, as are a number of independent bookstores that feature frequent readings by established and rising authors, and numerous theaters that produce award-winning plays. 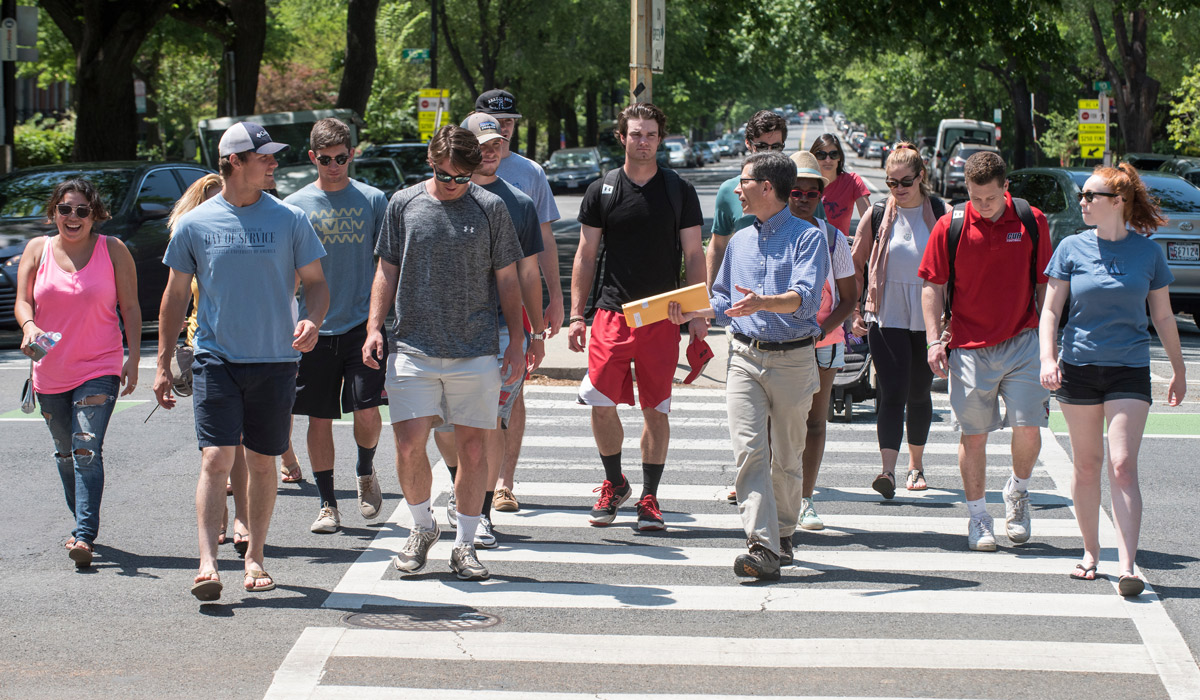 In this unique course, students learn about their “college town” as a symbolic city (the design and meaning of its buildings, monuments, and museums), a political city (the behavior of national and local policymakers), and a living city (the city’s economy, neighborhoods, culture, and population).